This is a simply fantastic cycling trip along some of the finest roads and mountain passes in the world, seeing you ride 700km and climb over 16,000 metres. The Route des Grandes Alpes is steeped in history, with numerous Tour de France mountain stages, including the infamous Col du Galibier and the highest paved road in Europe, the Col de l’Iseran.

Please scroll to the bottom of this page to view our open trips, or alternatively get in touch if you have a small group of people who may be interested. 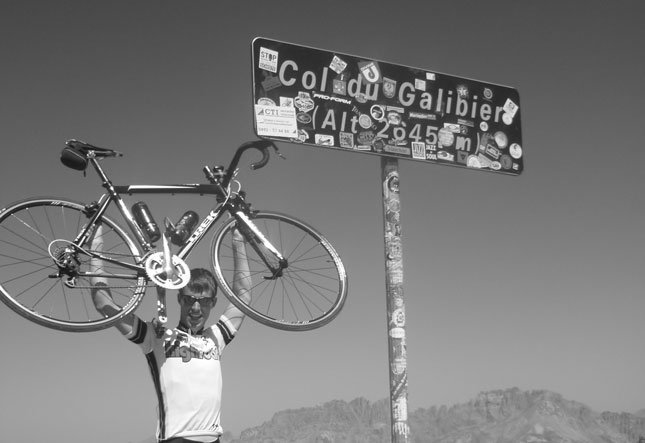 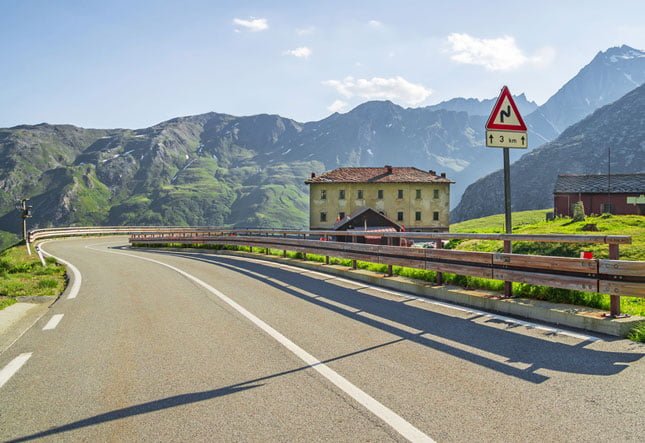 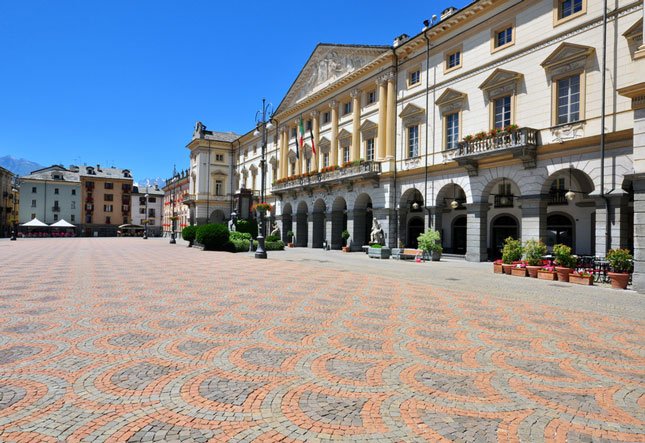 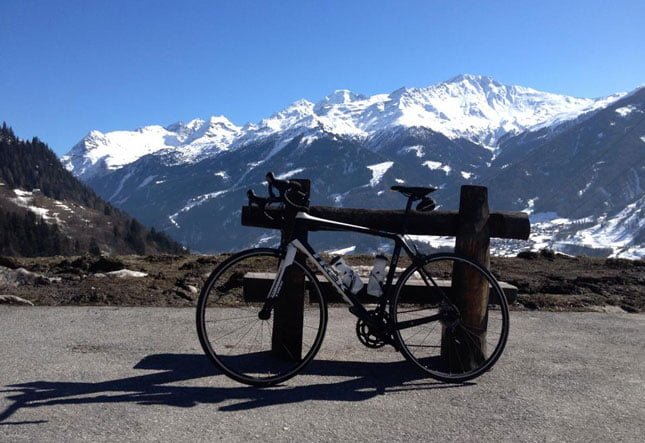 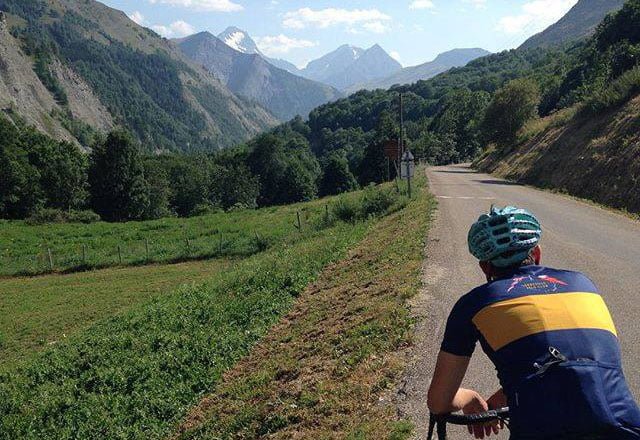 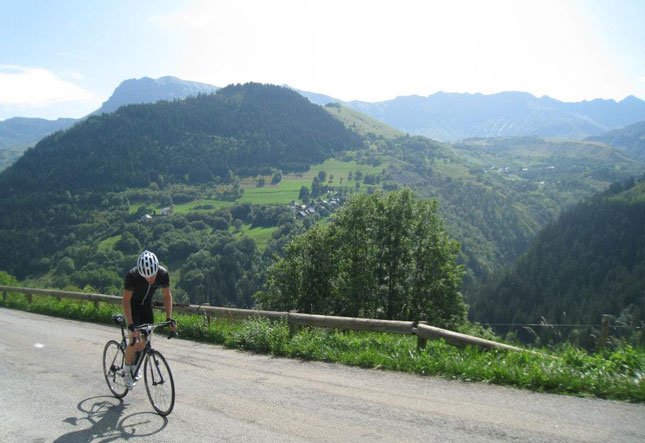 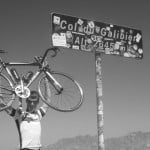 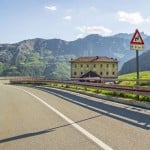 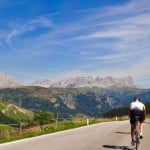 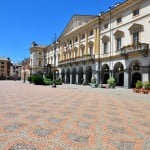 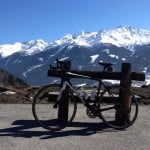 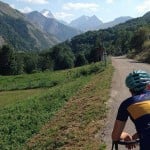 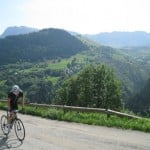 Starting in Geneva, this epic cycling journey is on many cyclist’s bucket list and for good reason! Aside from the incredible alpine scenery you’ll be cycling all the way to the Mediterranean sea, finishing the ride with a dipping of toes in the sea at Cagnes-sur-Mer, a few kilometres from the popular coastal destination of Nice.

Here is an explanation of our cycling trip grades. Please bear in mind that total ascent, wind, rain and  general riding conditions can play as important factors as the daily distances involved. Whilst we  have stated some example distances, the overall difficulty assigned to each trip will encompass a range of these factors. If you are at all unsure of whether you think the trip is suitable, please contact us.

Easy: ​ Suitable for those new to cycling seeking an introductory and very relaxed yet active  experience on two wheels. Easy riding on short, flat and/or gently undulating routes. ​ Approx 20 – ­40  miles a day

Relaxed: ​ Undulating terrain with occasional minor undulations for semi­-regular novices who wish  to develop fitness and ability. May include a few short steep climbs. ​ Approx 40 – ­50 miles a day

Moderate: Designed for cyclists with a good level of riding experience and fitness, and are  comfortable riding for full days in the saddle. Routes will include some steep and/or sustained  climbs. Not for those completely new to cycling. ​ Approx 50 – 80 miles a day

Challenging: Routes with multiple steep and sustained climbs and technical descents and/or long  distances. Riders need to be have a high level of fitness and stamina in addition to experience in  riding over extended distances and/or tackling long ascents and descents. ​ Approx 70 – ­110 miles a  day

Advanced: Designed for experienced cyclists with an excellent level of fitness and stamina. Routes  are consistently long with multiple serious and steep ascents and descents throughout. High  altitude ascents may be undertaken followed by technically demanding descents. ​ Approx 80 – 120  miles a day

You will be met at the airport by the More Adventure team who will assist you and the rest of the group in reassembling your bicycles and will also load up the support vehicle with your luggage and bike boxes/bags. After a trip briefing from the team, we’ll ride gently along stunning Lake Geneva to the town of Thonon-les-Bains and to our hotel for the evening.

Our second day’s ride begins on fairly quiet rural roads and, as we leave Lake Geneva behind, we’ll begin our first col of the trip, the Col de Cou (1112m), a relatively gentle climb and the perfect introduction into alpine climbing. We descend the other side to the River Arve and head towards the small town of Bonneville. In the afternoon we have a gently-angled climb through the Gorges des Eveaux to the ski resort of La Clusaz, popular in the summer with rock climbers, hikers and mountain-bikers.

Today is a challenging ride so we’ll be starting out early. Riding through charming alpine meadows and past mountainside chalets, we tackle our first major pass, the Col des Aravis (1486m). With any luck we’ll get views of Mont Blanc to the east as we pedal south. Our second major climb of the day is a more gentle but slightly longer ascent to the Col des Saisies (1650m). After descending the pass on the other side, we head to Hauteluce then follow rural roads to the picturesque town of Beaufort, home to the famous Beaufort Fromage (Cheese). Our final climb makes it’s way up to the small village of Areches where we’ll stay overnight. Depending on what time we arrive, there’s another fantastic loop in the area for those wanting to burn off some more calories!

We begin the day with a challenging climb on the narrow switchback road from Areches towards the Col du Pre (1703m). We’ll be rewarded at the top of the climb with a coffee (this is why we love the Alps!) and hopefully fantastic views towards Lac de Roseland. After a brief descent we tackle the first Cat 1 climb featured on the Tour de France, the Cormet de Roselend (1967m), before a thrilling 20km descent to the bustling town of Bourg-Saint-Maurice. A gradual and long climb (the beginning of the Col de l’Iseran) then follows a number of rivers to Val D’Isere. In winter, this popular ski resort is packed with winter sports enthusiasts but is far quieter in the summer months.

Our ride today begins with finishing the Col de l’Iseran (2770m) climb we began in the latter part of the previous day. This classic climb was first featured in the Tour de France in 1938 and is the highest paved pass in the Alps. After a welcomed cafe stop at the summit, we’ll begin the impressive and sweeping descent through the Maurienne Valley before following the River Arc to Modane. Next on the list is the popular Col de Telegraphe (1566m) which links Saint-Michel-de-Maurienne to Valloire in the south. Once we’ve reached the top, it’s a short descent to our overnight stop, Valloire.

Our route continues south and tackles two mighty mainstays of the Tour de France, the Col du Galibier (2645m) and the Col d’Izoard (2361m). We begin with the Galibier, an 18km climb that starts relatively gently but ramps up in the second section. It is a truly punishing climb and one of the hardest in the Alps but hopefully you’ll be used to climbing now! After reaching the summit, an exhilarating 38km descent leads to the medieval walled city of Briancon where we’ll stop for some sightseeing and a break from the bike.  Our final climb of the day is the Col d’Izoard (2360m) which cruelly gets steeper in the second half. We descend through forbidding and barren pinnacles of weathered rock to the town of Guillestre for a well-earned sleep.

Our day begins with an ascent of the Col de Vars (2108m) which begins rather steeply before levelling out as we enter the upper valley. After a few more steep sections we reach the top just past a small lake where we’ll stop at the welcoming cafe for coffee. We then descend into the Ubayne valley in the shadow of the Brec de Chambeyron, one of the highest peaks in the Southern Alps. We’ll then begin our 24km ascent of the Cime de la Bonette, an enjoyable climb at the heart of the Mercantour National Park that has featured four times in the Tour de France. From the col it is possible to cycle higher on a scenic loop that locals have dubbed ‘the highest road in Europe”, but we won’t argue how valid this claim is. A hugely enjoyable descent is followed by a short climb back up to our overnight stop, the ski resort of Auron.

It’s the longest day’s ride today but with less climbing which begins with a long and lovely descent through the Tinee Valley. The route then climbs up to the pretty village of La Tour and on to the hilltop village of Utelle. Following a descent to St Jean-la-Riviere, we continue into the River Var valley then up to the walled village of Vence with magnificent views of the Mediterranean Sea in the distance. After a brief coffee stop, we’re back on the bikes for a gentle descent to the Cote D’Azur and to our final destination, Cagnes-sur-Mer. As the name suggests, this pretty town is right next to the sea, so an obligatory dip in the sea will be the perfect way to end this epic journey. Here we have a final celebratory meal and our final stopover of the trip.

After breakfast you will be transferred to Nice airport for your return flight. The More Adventure team will be on hand to help you pack up your bicycle for your journey home. We say our farewells at the airport and here the trip ends.

Single room supplement for this trip is £400. 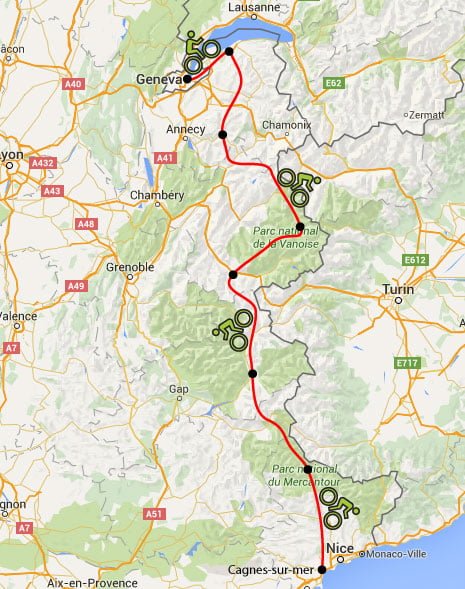 
How long are we in Switzerland?

After you've arrived at Geneva airport, we'll only be in for Switzerland for a few hours.


How does the bicycle transfer service work?

The bicycle transfer is a door-to-door bicycle and luggage transfer service. Basically a few days before the trip begins your bicycle and main piece of luggage will be picked up from an agreed address at a specific time slot and driven to the start point of the trip. At the end of the trip they will be returned to an agreed address a couple of days after the trip ends. The price will depend upon how many others in the group require the service and where your pickup point is, it is however usually cheaper than hiring a bike box, checking your bike box onto the plane and the logistics of getting your bike to the airport. You do not need a bike box and your bicycle will not need to be dismantled. It saves you a lot of hassle and time, and allows you to fly with hand luggage only! 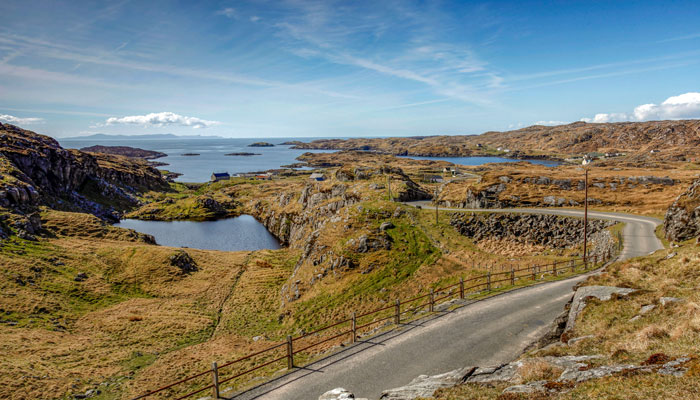 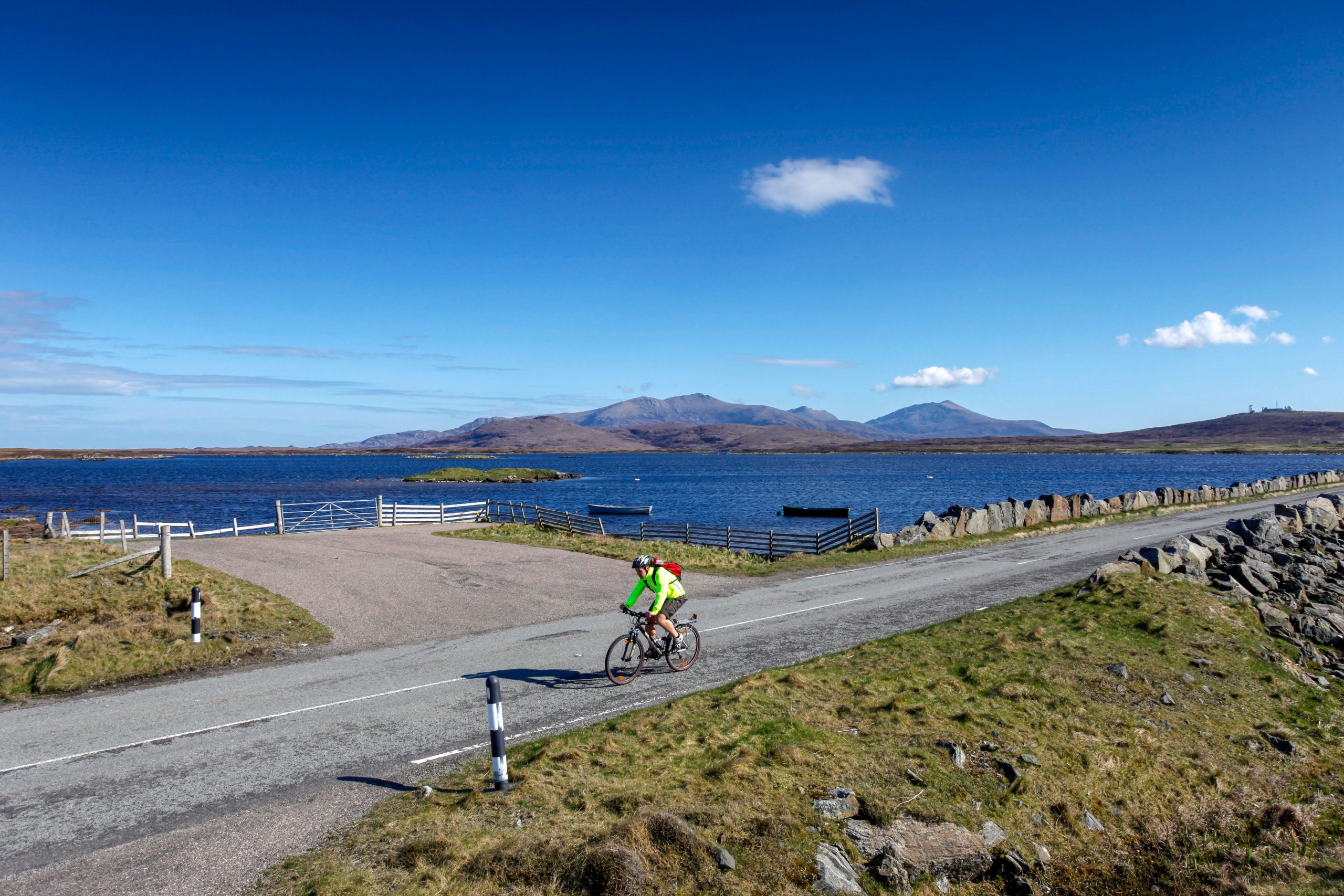 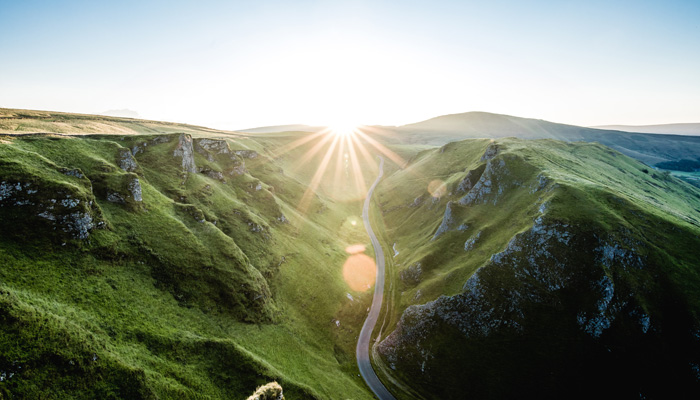 Cycling the Way of the Roses (3 days)
4 days 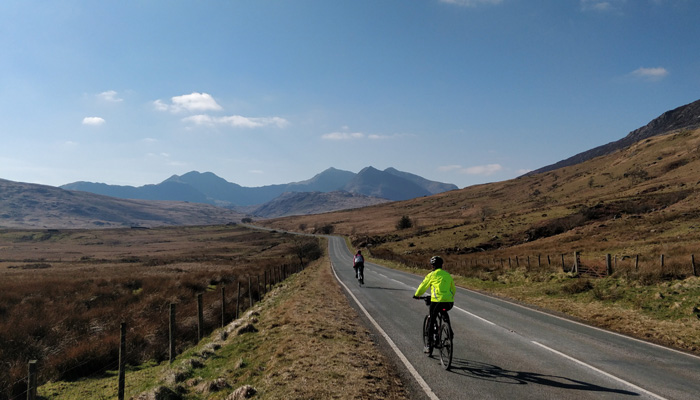 Do you have any of the following?

If you selected 'other', please specify:

Next of Kin Name *

Next of Kin Relationship *

Next of Kin Telephone Number *

Next of Kin Address